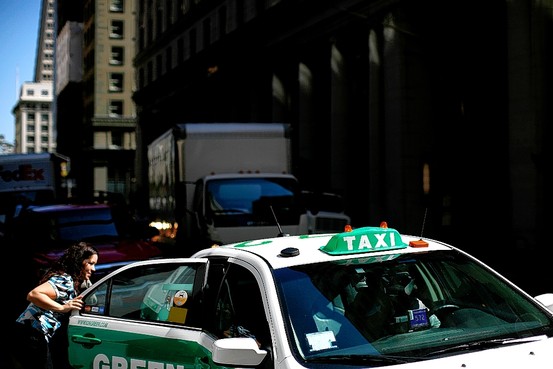 While a ride in a San Francisco taxi is about to become more expensive, it also might get easier to find an empty cab.

The board of directors of the San Francisco Municipal Transportation Agency, which oversees the city’s taxis, last week voted to increase taxi fares to 55 cents from 45 cents for each one-fifth of a mile traveled or one minute of waiting. The new fares—expected to take effect Aug. 1—will be among the highest in the nation, exceeding those of New York and most other large cities.

The fare boost came in response to cab drivers’ protests about higher costs—from gasoline prices to a new policy that requires many cabbies to pay their own credit-card fees instead of passing them on to the cab-system operators.

But when the agency began considering higher fares, aggravated residents began agitating for better service, too. So now, officials are putting together a plan that aims to make it easier for people to find cabs during busy hours, which they will consider at a June 21 meeting.

“All of these things have been on the list of things to do,” said Chris Hayashi, deputy director of taxi services at the agency. But she said the outcry from cab drivers over costs and the public over trouble finding taxis “certainly focused our priorities.”

One idea Ms. Hayashi expects to present to the agency board is putting a couple dozen “peak-time taxis” on the streets. According to preliminary plans, the agency would issue 25 three-year permits to taxi companies that would lease each peak-time taxi for a maximum of 60 hours a week. The city wouldn’t specify when exactly those hours would be. But the theory is that part-time drivers would choose to operate during the busiest and therefore most profitable hours.

A company would pay $500 a month for this part-time permit. To respond to residents’ complaints that taxis are slow to arrive when requests are made by phone, companies would be offered discounts when their drivers respond to at least one radio call request an hour.

By contrast, medallion permits—held by drivers themselves—allow cabbies to drive or lease their taxis for an unlimited number of hours. While full-time medallions are free, there is a long waiting list to obtain one of the 1,500 prized permits. Some medallion permits also are available for $250,000 through a pilot program launched last year.

Ms. Hayashi stressed that that plan is an early draft that will be refined through input from the public and taxi industry—or scrapped altogether. If it is approved, some peak-time taxis would likely hit the streets by Aug. 1, when the higher fares begin.

Maurice Harold, who has driven a taxi in San Francisco for more than 30 years, said he appreciates the fare boost and hopes the city finds a way to add cabs during peak hours but not during quieter stretches when drivers like him struggle to find passengers.

Rowena Seto, a 32-year-old lawyer, said she doesn’t mind the higher fares if they are paired with a plan to put more taxis on the road. When she goes out at night and tries to hail a taxi back home, she often finds herself standing on the street for a long time as occupied cabs pass by.

“If this means that more cabs are going to be available, I would be up for it,” she said. “I take cabs everywhere.”