In San Francisco, no market segment has recovered as dramatically as that for high-end homes. There are a number of reasons for this: the general economic recovery, the huge local increase in high-tech wealth, an increase in the number of highly affluent foreign buyers, and the fact that, as a group, the affluent have profited most from the large rebound in stock market values in recent years. And then the general appreciation the city has experienced of 20% – 30% since 2011 has simply moved a lot of sales into a higher sales price category. Whatever the reason, there is an enormous amount of money sloshing around the Bay Area that is now being invested in homes — many of which are being purchased all-cash. At Paragon, we have seen an increase of over 100%, year over year, in the number of luxury home sales we have brokered so far in 2013.

In the first chart below, we are defining luxury homes as condos, co-ops and TICs selling for $1,500,000 and above (the vast majority of these are condo sales), and houses selling for $2,000,000 and above. These are relatively arbitrary thresholds since a $2,000,000 house in Presidio Heights can be a small-ish fixer-upper, while a home of that price in another neighborhood might be a pristine mansion. In the charts breaking down sales by neighborhood, we’ve added the price segment for houses of $1,500,000 to $2,000,000 since what is happening there is quite interesting as well. 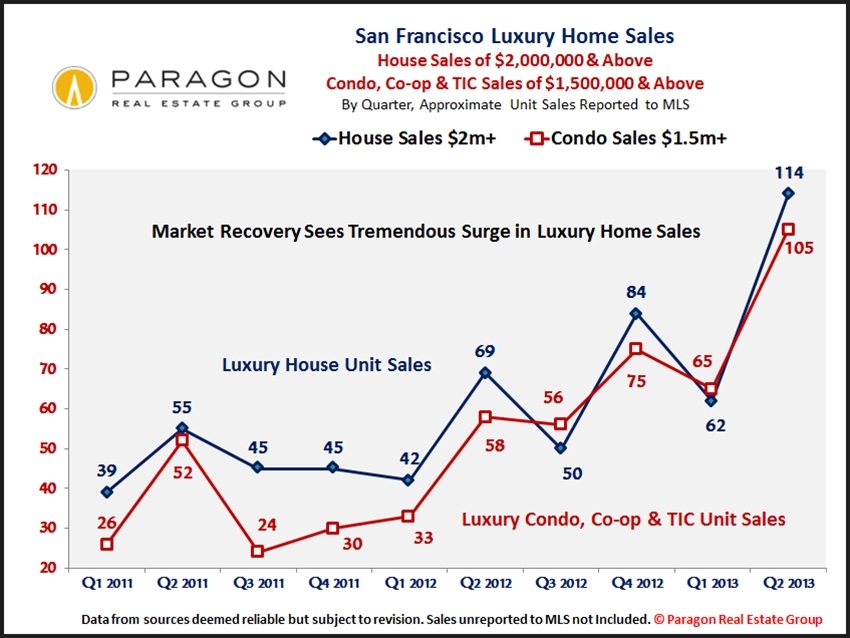 The first chart is for condo, co-op and TIC sales, and the three following are for house sales. 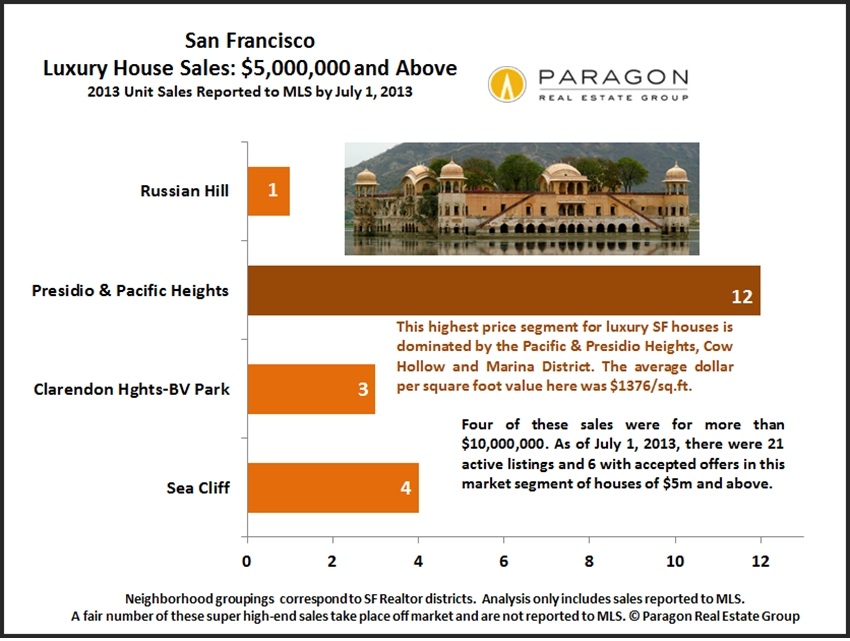 The neighborhoods listed are representative of one of the 10 Realtor Districts for San Francisco, so consider them as indications of the general area where the sales occurred. This analysis tracks sales reported to San Francisco MLS. A fair number of high-end homes sell “off-market” and are not reported, however we don’t believe these alter the general picture painted in the charts above.