Not so long ago, grave concern regarding the Chinese stock market decline and its effect on the U.S. economy filled the media and blogs. The words “bubble” and “crash” were used a few million times in regards to the U.S. stock market and the Bay Area real estate market. Wouldn’t it be interesting to revisit the issue to double-check how it all turned out (so far)?

The S&P has made up all the losses it sustained in the late August-September timeframe, and is now about 1.3% down from its peak in May 2015. Please note that the last three points on the first chart below are out of synch with the time scale of the rest of the chart, since they cover a period of 6 months instead of a period of 3 years (as annual data points would).

Many comparisons were made between the Shanghai stock market and the U.S. stock market. This chart below gives a little more context to exactly how similar their movements have been. 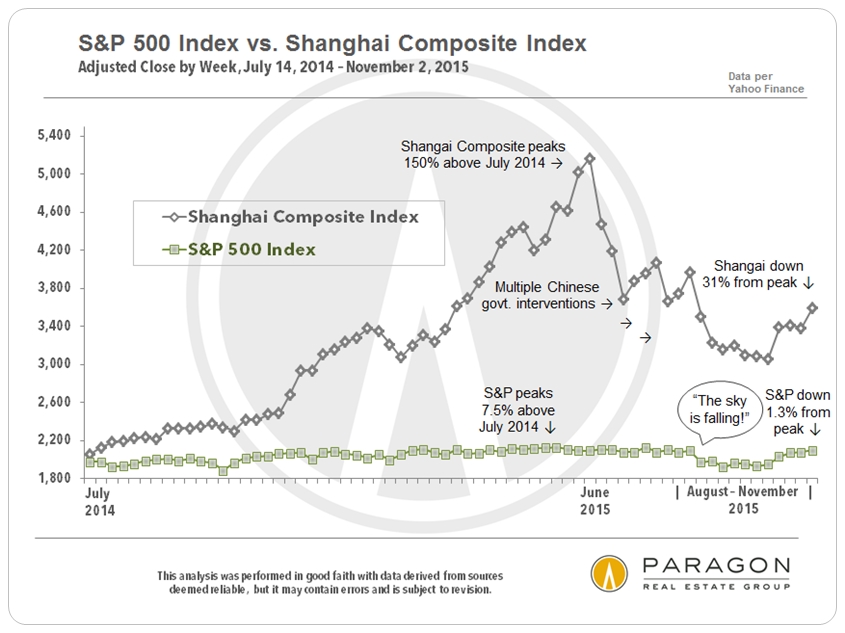